Calling all pop heads! Easy marshmallow pops featuring lego heads are perfect for any lego themed party. Lego head marshmallow pops are easy to make and will be the hit of your child’s birthday party.

The love for Toy Story runs deep with this one! Last year we did a little Photo Booth with an Etch-A-Sketch theme. I have a tutorial for you!

THIS year he is ALL ABOUT everything Lego. And not lego duplo

Luckily for us Lego now has Lego Juniors

So in planning his birthday party he told me he wanted to have cake pops that looked like the Lego head. Um? Have you seen the lego head? It looks like a marshmallow. Let’s go with a marshmallow instead of a cake pop. Deal?

Cut the mini marshmallows in half horizontally and attached them to the regular marshmallows with drop of melted yellow candy melts.

Dip the lollipop stick in the melted candy melts and insert in to the bottom of the ‘Lego Head’. 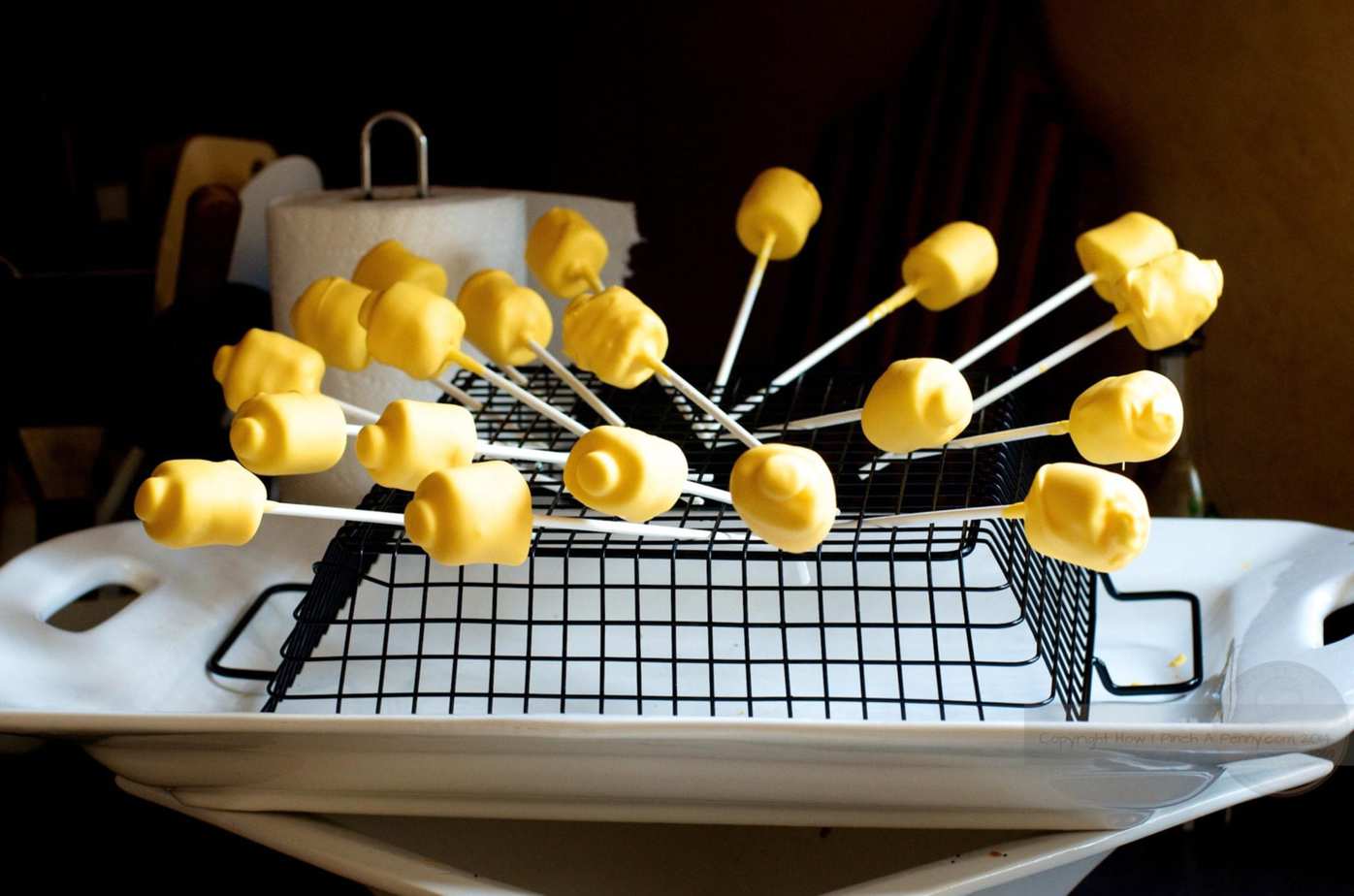 I did not have a piece of styrofoam to help keep the Lego Heads from getting messed up while they dried BUT I did have my grill basket! I am thinking some colanders would work also.

I pipped on the faces or you can use the edible food markers once the candy coating has set completely.

How so I store marshmallow pops?

Marshmallow pops can be stored on the counter for up to a week. These are great make ahead birthday party treat. The chocolate coating will keep the marshmallow fresh. For added protection, add a lollipop bag over the pop head and secure with tape or ribbon. 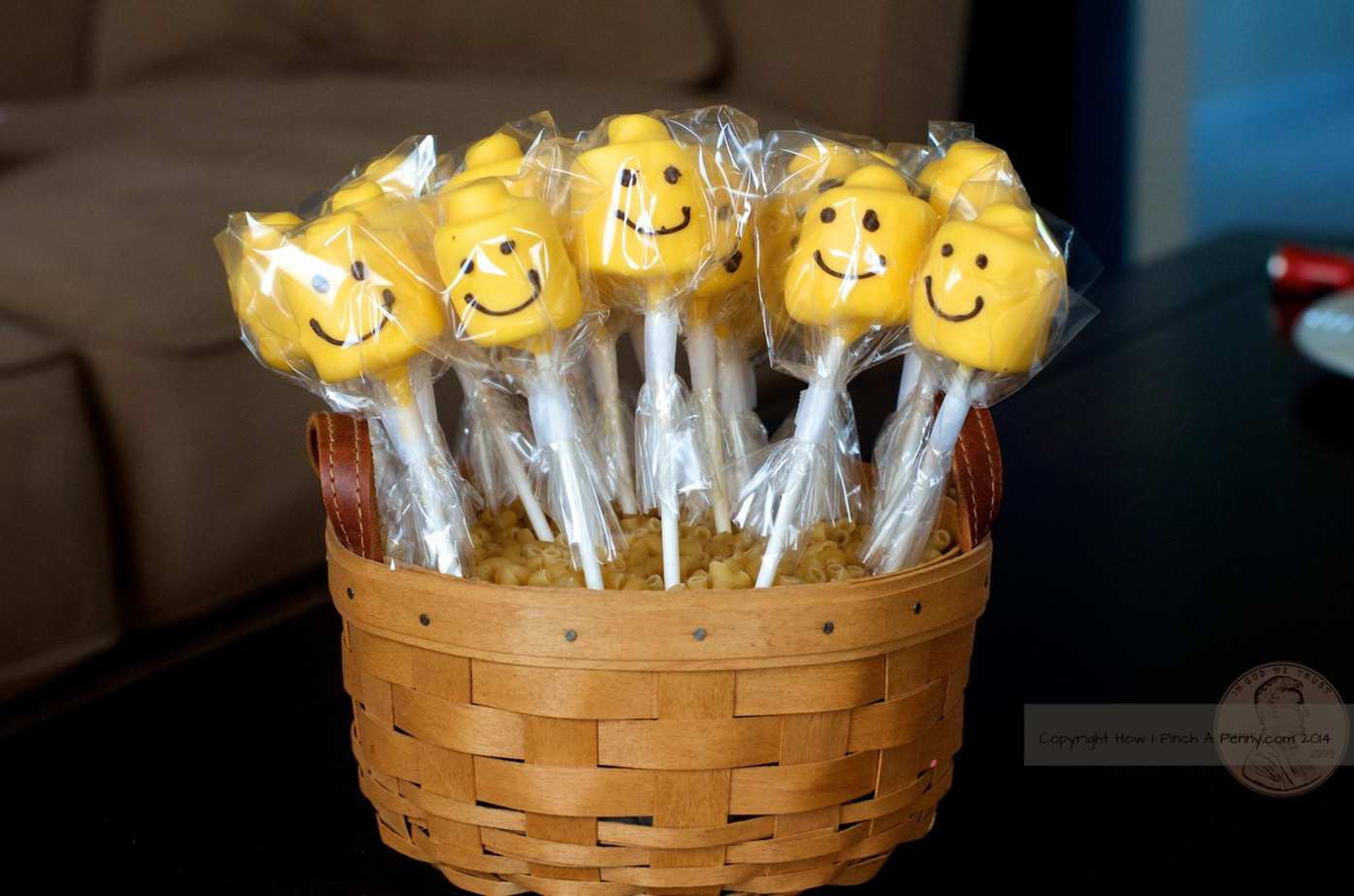